Most galaxies in the observable universe have a comfortable buffer from their neighbors, but that’s not the case for NGC 4568 and NGC 4567. A new image from the Gemini North observatory in Hawaii shows these enormous spiral galaxies barreling into each other in a preview of what may await our own Milky Way galaxy in a billion years or so.

Gemini North is one of two 8.1-meter telescopes that make up the Gemini Observatory, which is under the purview of the National Science Foundation (NSF). The other is in Chile, which gives this project the ability to observe the entire sky. Astronomers recently pointed Gemini North at the constellation Virgo and focused on events some 60 million light years away. That’s where NGC 4568 (above, bottom) and NGC 4567 (above, top) are visible in the early stages of a galactic merger.

According to the NSF, the centers of these galaxies are still about 20,000 light years apart. That’s about the distance between Earth and the galactic center. Gravity will inexorably draw these galaxies together, guiding them into a series of ever-tightening loops until they become one. Along the way, the elegant spiral will be distorted as clouds of gas interact, condense, and kick off a tumultuous new era of star formation.

The image shows this collision as it was 60 million light years ago, but the merger won’t be complete for around half a billion years. At that point, astronomers believe NGC 4568 and NGC 4567 will have become a single large elliptical galaxy like the nearby galaxy Messier 89. That galaxy shows very little new star formation, consisting mostly of ancient low-mass stars and decaying globular clusters. If this is what’s in store for NGC 4568 and NGC 4567, it could be our future as well. 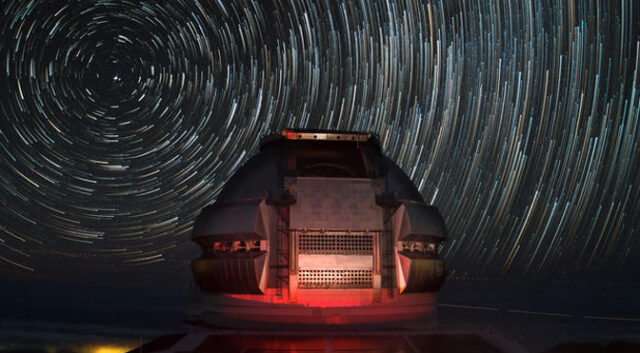 Also visible in the new image is a bright point of light near the center of NGC 4568. This is the afterglow of a massive supernova cataloged as SN 2020fqv. It was detected in 2020, and the region is still brighter than all the surrounding objects.

None of us will be around to see the rest of this cosmic dance, but studying NGC 4568 and NGC 4567 at this early stage could shed light on the future of our galaxy. The current consensus is that the Milky Way is on a collision course with the Andromeda galaxy, and they may have interacted at least once in the past. As these are both spiral galaxies, the outcome could be very much like what we see happening 60 million light years away.

Most popular stories on GeekWire for the week of Aug. 7, 2022 – GeekWire

Most popular stories on GeekWire for the week of Aug. 7, 2022 – GeekWire

Get People To Follow You On TikTok With These Six Tips