This site may earn affiliate commissions from the links on this page. Terms of use.
(Photo: Rossi et al/ACM DL)
Researchers in Italy have created a bartending robot that can shake up cocktails, chat with customers, and remember people’s individual tastes all at the same time.

Built by electrical engineers at the University of Naples Federico II, BRILLO debuted last month at the 30th ACM Conference on User Modeling, Adaptation, and Personalization. From an aesthetic standpoint alone, the robot is eye-catching: Large Kuka robotic arms extend from a “torso” dressed in a vest and a bowtie, and a monitor-based “face” sits on top, allowing BRILLO some degree of emotional expression. But BRILLO’s multitasking capabilities make up for what its somewhat scrappy appearance lacks. According to the engineers, BRILLO can “serve and interact with multiple customers at [a] time.”

While robot mixologists aren’t entirely new, this one appears to be the most comprehensive. Robotic arms at Las Vegas’ The Tipsy Robot have been mixing drinks for starry-eyed customers since 2017, but they can’t engage directly with customers; they just process orders submitted through a touchscreen point-of-sale system. In contrast, BRILLO can communicate with customers directly and even alternate its attention between several customers at a time. Because a great bartender does more than hand you a drink, BRILLO can also “personalize” customer interactions by making small talk about current events. (If this topic is too depressing, BRILLO can instead make “funny” conversation and remember your conversation preferences for next time.) It can even remember that you’re a rum person or that you hated that one IPA. 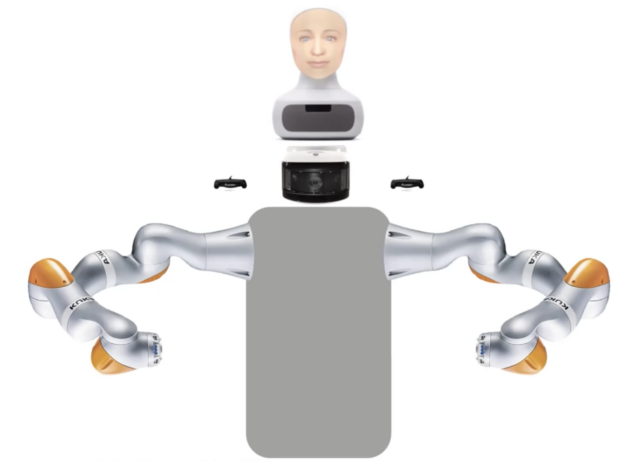 BRILLO manages all of these personalization techniques through profile building. A camera allows BRILLO to capture images of individual customers—face it, there’s no escaping facial recognition if you want a robot bartender to remember you—and create a user profile containing a customer’s drink and conversation preferences. A built-in speaker and microphone allow BRILLO to communicate. According to architectural maps in the engineers’ research paper, the robot can punctuate its verbal communication with physical gestures.

Surprisingly, the team at University of Naples Federico II didn’t design the robot with the intent to stick it behind a real bar—at least not in the short term. BRILLO is an experiment in how robots can operate and interact with people in practical, human-centered environments. “Our aim is not to build robotic bartenders, but this scenario is a challenging testbed to investigate how a robot can maintain and update a profile of the user to continuously adapt its interaction with them according to a profile that continuously changes,” one of the engineers, Professor Silvia Rossi, told TechXplore. “We believe that this kind of personalization is the key to the long-term acceptance of robots in our life and with different service and assistive roles.”