China: US ‘Tricked’ TSMC Into Producing Advanced Nodes in Arizona

Many news reports have covered TSMC’s plans to bring some of its advanced node manufacturing to US shores. It was previously reported the company did this at the behest of its largest customer: Apple. This would bring some resiliency to both companies’ supply chains, as neither would need to depend solely on advanced 3nm and 4nm chips being made in Taiwan. Apparently, this news hasn’t sat very well with the Chinese government. A new editorial in a government-approved publication has some harsh words about the deal, and it’s not subtle. It includes many negative sentiments, including that the US is trying to destroy the global semiconductor industry. The Chinese government has so far stayed silent on TSMC’s expansion plans in the US, but it seems like it’s no longer holding its tongue.

The editorial was published in The Global Times, which is affiliated with the People’s Daily, according to TechSpot. The latter is an official government newspaper, indicating the brass in Beijing approved its publication. The gist of the paper’s argument is that the US tricked TSMC to invest in its Arizona fab. This would allow it to steal the most cutting-edge technology from “our Taiwan.” That is a reference to China’s claim of sovereignty over the tiny island. Still, TSMC previously saved its most advanced nodes for its Taiwan facilities, and moving some of that production to the US is a very big deal. Clearly, the government is not happy about it. It describes the move as a “dark turn” for TSMC. 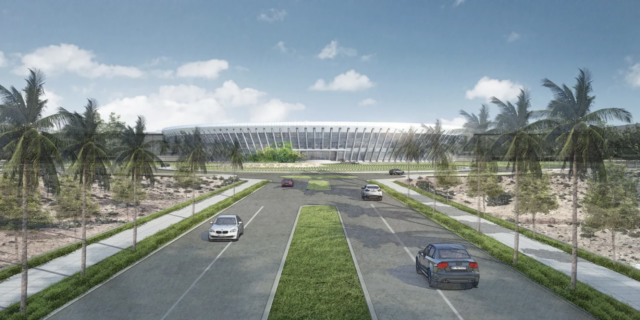 What likely led to the unexpected pushback is TSMC’s announcement that it would be tripling its investment in the Arizona fab. It had previously earmarked $12 billion for new facilities, and to expand its 4nm manufacturing. Now it plans to increase that investment to $40 billion. News of the increased investment was enough to get US President Joe Biden to visit the facility as the first batch of equipment was being installed. Biden stated, “American manufacturing is back, folks, ” according to Reuters. He spoke with the factory behind him, which was draped with an American flag as well as a banner that read “A Future Made in America Phoenix, AZ.” Apple CEO Tim Cook spoke at the event as well.

The editorial claims if nobody stops the US now, it might try this again elsewhere. “We must ring the alarm bell louder […] the US may pressure chip makers in other countries as it did to TSMC,” it reads, comparing the US to a bull in a china shop. It went on to accuse the US and the democratic leaders of Taiwan of “hollowing out” the country. Analysts have concluded that TSMC is also moving some production to the US to protect itself against an invasion by China. The country has rattled sabers repeatedly about invading Taiwan and assuming control of TSMC’s facilities.

TSMC is expected to finish its Arizona fab in 2024, and eventually ramp up production to 600,000 wafers a month. That’s roughly half of what it produces in Taiwan. However, its initial output will be much lower at just 20,000 wafers a month. Apple is expected to purchase chips from this fab as soon as it can. Whether AMD and Nvidia will join in that effort has yet to be confirmed.

Netflix’s ad-supported plan likely to have another drawback: No video downloads