Dyson’s $949 Headphones Claim to Purify the Air You Breathe


This site may earn affiliate commissions from the links on this page. Terms of use.
(Photo: Dyson)
Do you love your current headphones but wish they’d filter the air you breathe? No? Well, Dyson’s first-ever audio product will do that anyway—for a price. Not only will Dyson’s flagship headphones separate out unnecessary noise, but they’ll also allegedly do the same with invisible particles you’d otherwise inhale.

A single glance is all it takes to differentiate the Dyson Zone from other audio devices. Though they snugly attach to the head like other over-the-ear headphones, they have a component no competing product has: a wind-blocking, air-purifying “visor” that sits in front of the nose and mouth. The detachable visor is said to address tiny, unwanted particles that exist in high concentrations in polluted cities.

Dyson says the Zone’s earcups pull air inward using 9,750-RPM compressors. The air passes through dual-layered electrostatic and K-Carbon filters, which remove 99 percent of microscopic debris, nitrogen dioxide, and sulfur dioxide (all of which are more common in urban environments). Each earcup then uses the visor to project the filtered air toward the nose and mouth. 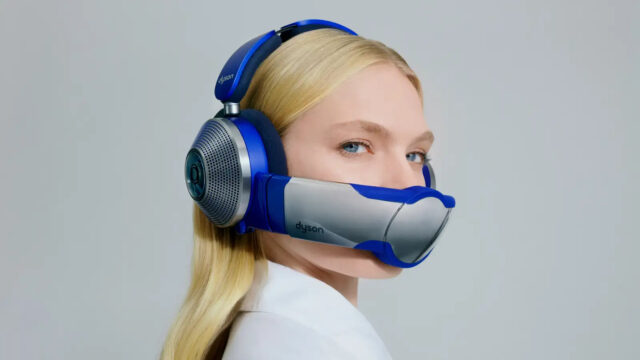 All told, these headphones’ stand-out components make for a pretty heavy device. The Zone weighs 1.6 pounds (670g) grams with the air-purifying visor and 1.3 pounds (595g) without. Compared with other over-the-ear noise-canceling headphones, this is some serious heft: Apple AirPods Max are 13.6 ounces (385g), while the more affordable yet highly-rated Anker Life Q30s are just 9.1 ounces (260g). And while the Dyson Zone can operate for 50 hours on a single charge without its visor activated, the air purification setting (which has three modes) reduces listening time to less than four hours. Considering the device takes three hours to charge, the Zone could become annoying to use relatively quickly—not to mention the Cyberpunk-like visor is hovering in front of your face.

Dyson says the Zone will be available for purchase in March 2023 by in-store appointment only, with further availability to come after that.

How secure a Twitter replacement is Mastodon? Let us count the ways

5 Best Multi-Tools (2022): Leatherman, Victorinox, and Ones to Avoid