This site may earn affiliate commissions from the links on this page. Terms of use.
(Photo: Steven HWG/Unsplash)
Memory lapse remains a major concern for those approaching their golden years. As many as 40 percent of US adults over the age of 65 have some type of age-associated memory impairment, with approximately 160,000 of them receiving dementia diagnoses each year. While long-term it would be ideal to find ways to prevent the initial onset of such memory impairments, scientists are working to help seniors mediate their memory obstacles in the meantime. A new study suggests electrical currents to the brain might be a way to do just that.

Scientists at Boston University recently used a double-blind study to test the effects of non-invasive electrical brain stimulation on older adults’ memories. Having seen the brain circuits and networks involved in memory capacity in past research, the team assembled a cap dotted with electrodes that could deliver electrical currents to the wearer’s brain. These currents would focus on one of two areas of the brain: the dorsolateral prefrontal cortex (DLPFC), which is essential to long-term memory, and the inferior parietal lobule (IPL), which is a major component of working memory. 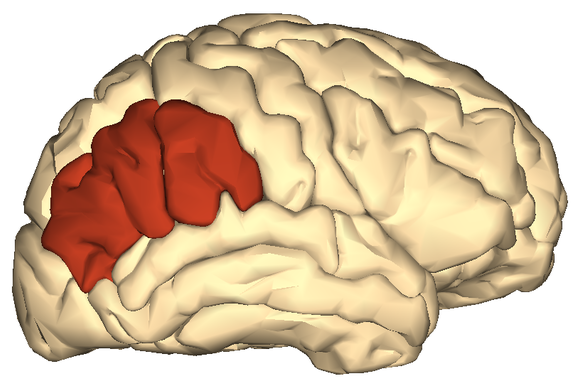 The inferior parietal lobule, one of the two areas of the brain to receive electrical stimulation. (Image: Anatomography/Wikimedia Commons, licensed under CC BY-SA 2.1 JP)

The experiment started with a group of 60 adults ranging from 65 to 88 years of age. This group was randomly divided into three: one that received gamma rays to the DLPFC, one that received theta waves to the IPL, and another that received a placebo treatment. For four consecutive days, each participant received 20 minutes of stimulation and completed various memory tests that measured their long-term and working memory abilities.

Participants from both the gamma DLPFC group and the theta IPL group showed memory improvements across the four-day study period. Better yet, when participants completed tests a month later, their memories still showed signs of improvement from before their first stimulation session. Improvement was particularly impressive in participants who had especially poor memories before the start of the study.

None of the participants had known memory disorders like dementia or Alzheimer’s disease, meaning it’ll take more experimentation with participants who do before electrical stimulation can be recommended for those with official diagnoses. Still, the effectiveness of the researchers’ potential treatment—as well as the longevity of its results—look promising, especially given how little risk the electrode cap carries. Aside from some tingly or itchy sensations, the cap has no known side effects.