Government Pushes Real ID Deadline Back 2 Years Due to Covid


This site may earn affiliate commissions from the links on this page. Terms of use.
(Credit: TSA)
The year was 2005, and the US federal government was still reeling from the September 11th attacks just four years before. That year, Congress passed the well-meaning Real ID Act, which required states to issue more secure forms of ID by 2008. Clearly, states blew that deadline, as they did several more. Now, the government has announced yet another delay, but officials say this time they’re really, super-serious that you’ll need a Real ID come 2025. Yes, 20 years after the Act passed.

Before this week, the deadline was set for May 3, 2023, and it’s now May 7, 2025. The feds blame the latest delay on “the lingering impacts of the COVID-19 pandemic.” In many states, people were unable to visit offices to renew their licenses in person, which is necessary to be granted a Real ID-compliant license. In order to get a Real ID, you must provide proof of legal name, birth date, social security number, home address, and immigration status. When the new deadline rolls around, the TSA will finally begin requiring Real ID to board flights in the US — probably.

The pandemic might not have been a major issue except that some states, including Oregon and Oklahoma, didn’t even begin offering Real ID as an option until 2020. Today, all US states have been certified by the Department of Homeland Security as Real ID compliant, as are all US territories save for American Samoa. So, the initial three-year window for states to implement Real ID changes was wildly optimistic. 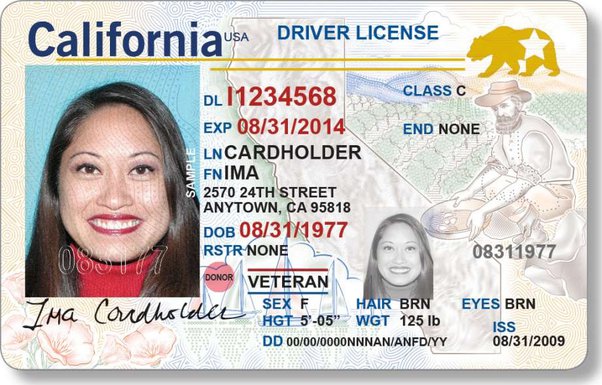 An example Real ID from California.

A Real ID-compliant document needs to include certain features, most of which will be familiar to anyone who has ever held a driver’s license in the US. The IDs must have a photo, full name, birth date, and so on. It also needs to be machine-readable and indicate which security features have been implemented.

Real ID has technically gone into effect already in certain places. For example, federal facilities with higher security levels where visitors are required to provide identification began requiring Real ID-compliant documents in 2015. The same has been true of nuclear power facilities since 2014. However, the only deadline that matters to most people is when you need Real ID to board a flight. Real ID will only be “real” when someone gets denied at a TSA checkpoint for having an older non-compliant ID. If you believe this latest delay is the last one, that could happen as soon as May 7, 2025.

How to Avoid Distractions While Behind the Wheel

How to Measure Chatbot Effectiveness