This site may earn affiliate commissions from the links on this page. Terms of use.
(Photo: Brittany Colette/Unsplash)
Maybe you anticipate more coughs and sneezes around the office during the winter. Maybe your mom once insisted you bundle up in socks and a beanie (even indoors!), and now it’s a habit. Perhaps you’re afraid to open your windows when it’s chilly outside for fear of catching a cold. But why? What causes respiratory viruses to be so common during the cold months, but seemingly nonexistent when it’s warmer?

Apparently, there’s truth to the idea that we’re more susceptible to illness during the winter—but not because viruses themselves thrive in the cold. A group of medical researchers from Harvard Medical School, Northeastern University, and Cairo University has found that our immune systems are weakened by chilly temperatures. More specifically, a cold nose has drastic implications for our immune systems, reducing our bodies’ ability to fight disease by about half.

As their new paper for The Journal of Allergy and Clinical Immunology notes, the nose and mouth are ground zero for most inhaled respiratory viruses. When humans inhale disease-causing viruses or bacteria, the front of the nose initiates an immune response, often before the back of the nose is even “aware” of the intrusion. This immune response involves the creation of extracellular vesicles (referred to as EVs), or fatty particles that can’t reproduce. EVs act as a sort of sacrificial lamb, allowing bacteria and viruses to attach to themselves via mucus so the disease (hopefully) won’t reach its target tissues and multiply. 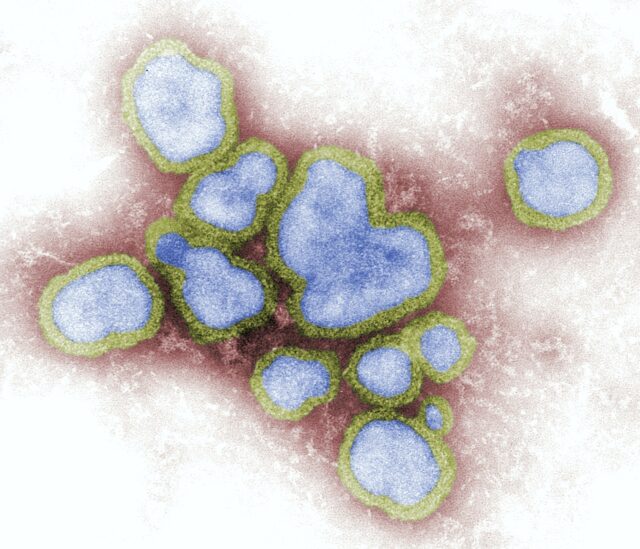 EVs are highly effective. They’re 20 times “stickier” than the original cells that create them, which makes it easier for EVs to grab an unwelcome flu virus and expel it from the body. They also contain 13 times the amount of virus-killing micro RNA as their parent cells. Simply put, they’re good bodyguards.

But EVs, too, have their Achilles’ heel. When humans enter colder environments, the temperature inside their noses can drop by up to 9 degrees Fahrenheit. This doesn’t sound like a lot, but it has drastic implications for EV efficiency. A nine-degree temperature decrease cuts the body’s ability to produce EVs almost in half. The EVs the body does make are 70 percent less “sticky,” which means they aren’t as good at grabbing bacteria and viruses invading the body.

As much as some people won’t want to hear it, the study authors say their findings are all the more reason to wear facial coverings (the kind we got used to wearing in response to COVID-19) in public spaces during the winter. Not only will your nose be a bit more comfortable, but the warmth from your breath and the covering could help protect EV creation and functionality.

How Missing Persons Are Found