This Week in Space: Artemis 1 Takes Flight, While X-37B Lands


Hello, lovelies, and welcome back to the best Friday space news roundup this side of LEO. This week, we’ve got updates aplenty from NASA. The agency’s CAPSTONE cubesat has entered lunar orbit. Faulty calibration on the James Webb Space Telescope is forcing astronomers to revise their reports. We’ve also got reports of a space “garbage truck” that just wants to hug space junk to death, a video of a mysterious “solar snake” winding across the Sun, and much more. But we’re going to start off with the biggest story of the week, by far.

After an extended “will they, won’t they” B plot, NASA’s Artemis 1 mission to the Moon lifted off successfully from Cape Canaveral at 1:47 a.m. EST on Nov. 14. 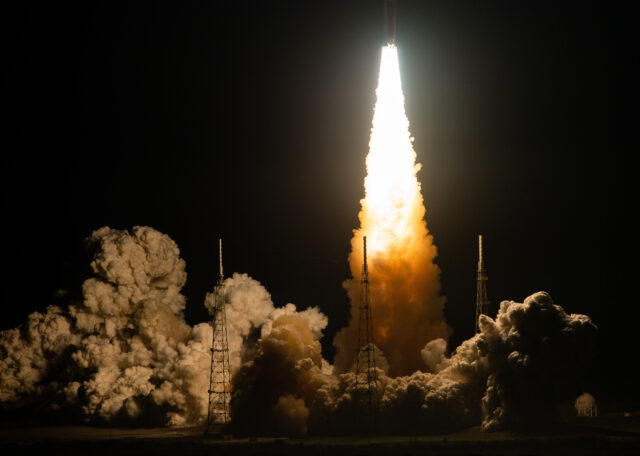 WE. ARE. GOING! NASA/Joel Kowsky

Here’s the official NASA recap of the launch:

Hydrogen leaks have plagued the SLS since NASA stood the thing up on the launchpad. When the agency first attempted to launch the rocket, on Aug. 29, it still hadn’t done a successful fueling test. Surprising few, problems with various hydrogen lines and valves forced launch control to scrub the attempt. And the next one. So, when sensors registered yet another hydrogen leak, it looked like another launch scrub was imminent.

But NASA’s intrepid ‘red crew,’ a team of specialized engineers, swept in to save the day. The red crew suited up and headed for what NASA engineers call ‘zero deck,’ a nook on the mobile launcher beneath the fully-fueled SLS rocket. There, in a rare and dangerous procedure, they tightened “visibly loose” bolts on — what else? — its hydrogen replenishment valves. (The uniforms did not include actual red shirts. We checked.) 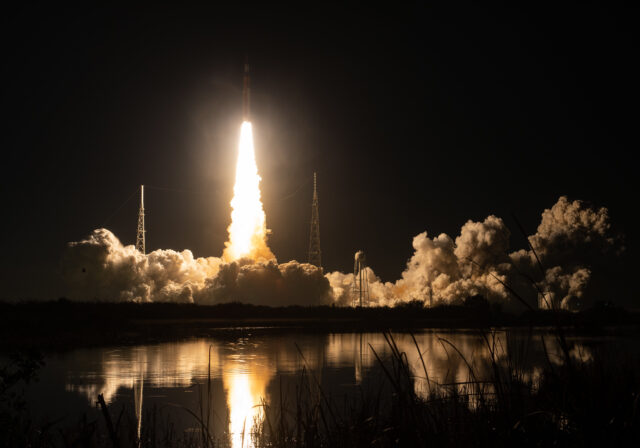 Orion’s solar array deployed a few hours into the mission. Currently, systems are nominal — including Wi-Fi. The capsule will stay in space for a total of 25 days. It will reach the moon on Nov. 21, spending several days in final maneuvers before the capsule settles into lunar orbit.

Concluding the mission, Orion will splash down in the Pacific on Dec. 11.

The SLS launch brought up a lot of mixed feelings in the space community. One popular view goes like this: Congratulations to NASA and everyone involved with the Artemis project. This was a beautiful and awe-inspiring event. Let’s never do this again.

Artemis 1 has racked up a truly outrageous price tag. It’s easy to blame cost-plus contracts — I’ve indulged in it myself. But would a different financial instrument have prevented Congress from wasting just as much money by doggedly sticking with the SLS as a jobs program? In any case, NASA is building momentum in its transition to “one of many” entities with a presence in orbit or on the Moon.

The Commercial Crew and Commercial Cargo programs enjoy strong popular support, high launch success rates, and (compared with the SLS) a fraction of the cost per launch. Is it time for NASA to pass the baton to private space companies, and focus on planetary science and exploration? The agency certainly seems to think so. Hours before Artemis 1 took flight, NASA announced that it had awarded a second ‘Option B’ launch contract to SpaceX, for the Artemis IV moon landing.

Under the new agreement, NASA said, SpaceX will provide a second crewed landing demonstration mission for Artemis IV in 2027. The company will develop and demo a Starship lunar lander that meets NASA’s requirements for missions beyond Artemis III. These requirements include docking with Gateway, accommodating four crew members, and delivering more mass to the lunar surface. 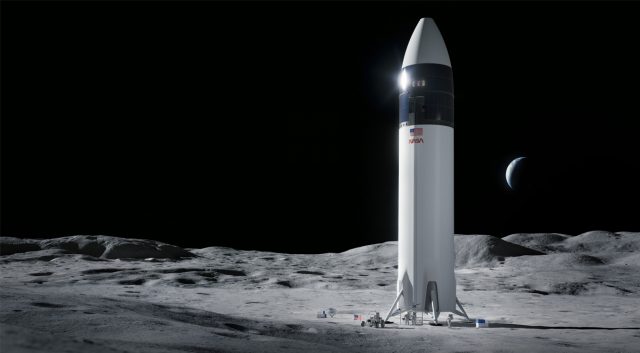 “Returning astronauts to the Moon to learn, live, and work is a bold endeavor,” said NASA Administrator Bill Nelson in a statement. “With multiple planned landers, from SpaceX and future partners, NASA will be better positioned to accomplish the missions of tomorrow: conducting more science on the surface of the Moon than ever before and preparing for crewed missions to Mars.”

Expedition 68 cosmonauts Dmitry Petelin and Cmdr. Sergey Prokopyev returned safely to the International Space Station, after a Thursday spacewalk lasting just shy of six and a half hours. In a blog post, NASA said Petelin and Prokopyev successfully prepared a radiator on the Rassvet module for installation on the Station’s Nauka multipurpose laboratory module. This was Prokopyev’s third spacewalk, but Petelin’s first.

Cosmonauts Sergey Prokopyev and Dmitri Petelin completed the first of four Russian maintenance spacewalks planned before the end of the year at 4:07pm ET today. https://t.co/EIYEwONvFs

While Orion meets up with the Moon, SpaceX’s Commercial Resupply flight CRS-26 should depart for the International Space Station on Monday at 4:19 p.m. EST, from Canaveral. 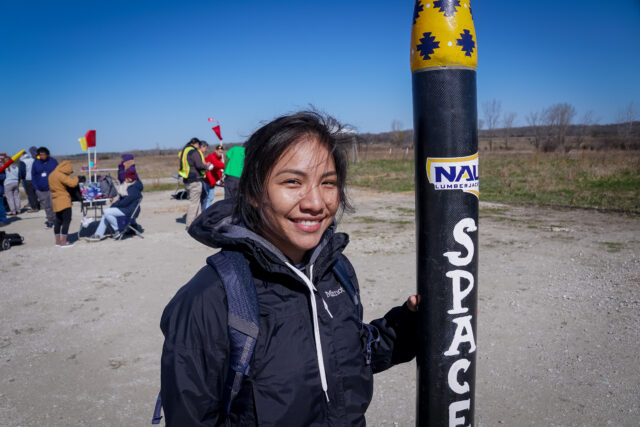 And while we’re nodding to Native American achievements in aerospace: ISS astronaut Nicole Aunapu Mann, currently aboard the station serving as mission commander for Crew-5, is the first Native American female in space. 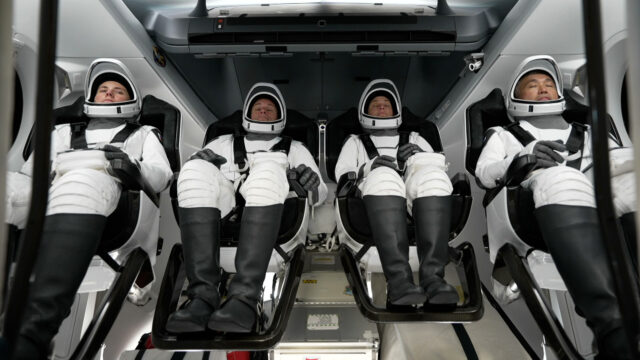 The US military’s experimental X-37B space plane has finally landed, after spending 908 days in flight. My colleague Ryan Whitwam notes that we’ll probably never know its full mission itinerary. But whatever it was up there to do, it did it for long enough to dunk on its previous record flight time, a measly 719 days in orbit. 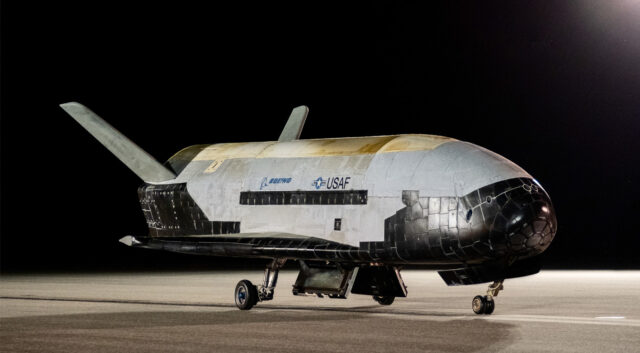 This was the sixth mission for the Air Force’s X-37B. It hasn’t announced a date for its next launch, at least not to the public. But there’s a launch every few years, and each time, the flight lasts longer than the one before. 908 days is two and a half years. Space plane indeed. 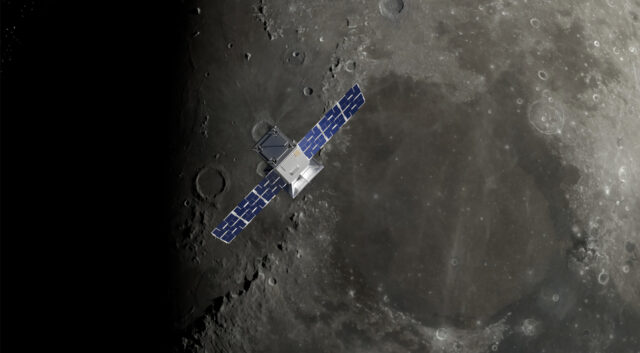 NASA recently lost contact with the cubesat, which spun into an uncontrolled tumble, losing power all the while. However, Advanced Space (which is managing the probe for NASA) successfully reached out to it through NASA’s Deep Space Network. CAPSTONE “de-tumbled” itself so it could charge, eventually righting itself in time for a planned course correction.

#CAPSTONE is at the #Moon! Initial data indicates that insertion into Near Rectilinear Halo Orbit (NRHO) was executed as planned. This week, 2 cleanup maneuvers will ensure the spacecraft was precisely inserted into orbit. Congratulations, CAPSTONE Mission Team!#innovation2orbit pic.twitter.com/5uBwwSsZdy

Now that the probe has reached its destination, it will start phoning home telemetry and physics data on the near-rectilinear halo orbit (NRHO) it went there to test. CAPSTONE will verify the stability of this novel orbit before NASA sends any Gateway modules to the lunar surface.

Space junk is an escalating problem with no clear solution. But the UK Space Agency has awarded about £4 million ($4.7 million) to two separate firms, in order to begin the process of cleaning it up. The two firms are developing space “garbage trucks” to clear away defunct satellites and other orbital debris. One, Astroscale, is prototyping a satellite that would identify space junk using LIDAR. The other, ClearSpace, will grab debris with its robot arms in a “hug” of death.

To get funding, the companies had to field a demonstration that actually removed two or more pieces of garbage from LEO. Both firms plan to demonstrate their technology to the UKSA through October 2023.

‘Solar Snake’ Slithers Across the Sun

The European Space Agency released a video this week showing a “solar snake” winding across the surface of the Sun.

Incandescent plasma in the “snake” is following the lowest-energy path along an enormous filament in the Sun’s magnetic field. “You’re getting plasma flowing from one side to the other but the magnetic field is really twisted. So you’re getting this change in direction because we’re looking down on a twisted structure,” said David Long, a UK astronomer leading the investigation into the phenomenon.

The snake took about three hours to finish its journey from one side of the Sun to the other. However, the Sun is so big that a three-hour travel time means the plasma must have been moving at “around 170 kilometers [105 miles] per second,” according to the ESA.

ESA’s Solar Orbiter captured the time-lapse video above with its onboard EUV imager. However, plasma from the snake’s associated coronal mass ejection (CME) also washed over NASA’s Parker Solar Probe. Taken together, observations from the two satellites can teach us new things about heliophysics, especially the connection between solar flares and CMEs.

Astronomers pounced on the James Webb Space Telescope the moment it opened for science, in July of this year. But a few weeks later, issues with the telescope’s calibration sent a frisson of alarm through researchers who had already submitted Webb observations for peer review. Now the dust is settling, and it’s become clear that many different reports — especially from pre-print repository arXiv — will need some adjustment. That includes the report identifying GLASS-Z11 and Z13, two candidates for the oldest galaxy ever found. 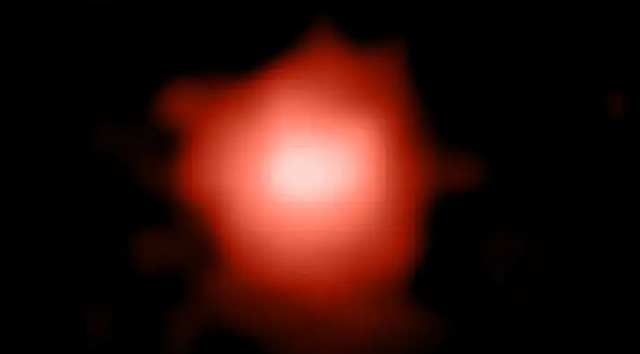 Tommaso Treu, the principal investigator, confirmed that the team has revised downward its estimates of the two strangely brilliant galaxies’ redshift. GLASS-Z13 is now GLASS-Z12. There are other papers on arXiv that propose galaxies with a redshift of up to 20. However, it’s not enough to knock the two galaxies from their ancient throne… yet. Researchers from the GLASS project met with scientists from CEERS, another deep sky survey, and other Webb experts in a Thursday teleconference to discuss the changes.

“This is a very dynamic time,” said spectroscopy expert and JWST astronomer Garth Illingworth during the teleconference. “There have been lots of preliminary announcements of even earlier galaxies. And we’re still trying to sort out, as a community, which ones are likely to be real. We feel very confident about these two but less confident about the others. So there’s certainly a lot of discussion going on, and there’ll be more results as the data improves, and as the processing and calibration also improve for the telescope. […] Let’s see how this develops over the next few months. I fully expect we’ll find some even more distant galaxies, even at earlier times, that we will feel confident are real galaxies.”

Only a scientist gets this excited about being wrong. Shine on, you crazy diamond.

Illingworth added that one reason the galaxies are so bright could be the presence of Population III stars. These stars were the first. They coalesced from pure primordial hydrogen, sparking the reionization era, so they have almost no metals at all. Our hypotheses of the early universe predict Population III stars, but we’ve never found one in the sky. GLASS-Z12 could contain Pop. III stars, but we’ll have to wait for future Webb spectra to know for sure.

November is a great month for skywatching if you like meteor showers. Technically, the Leonids peaked at about 2 a.m. today (Friday, Nov. 18). However, at least three major meteor showers — the Leonids, Northern and Southern Taurids, and Orionids — will be going on all month.

Meteor showers are named for the constellation from which they appear to emanate. And in fact, Leo is rising in the East with the Moon, right around midnight. But to get the best view of this shower’s long, streaking fireballs, don’t look straight at Leo. Instead, lay flat on your back and look straight up. 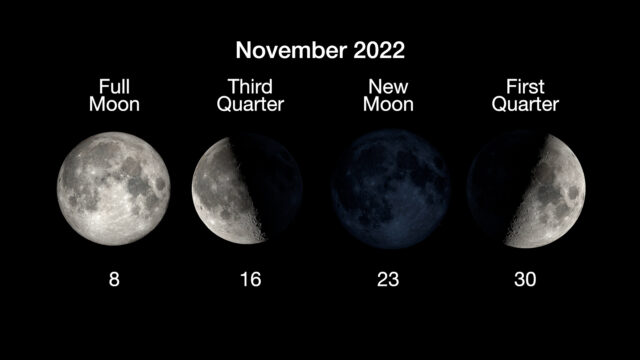 Phases of the moon during November 2022. Image: NASA

The waning moon will be bright enough to interfere with fainter meteors tonight and tomorrow. However, on the morning of Nov. 20, look to the southeast shortly before sunrise. There, you’ll find the slender waning crescent Moon, directly above a bright bluish star called Spica.

Lying within the constellation Virgo, Spica is actually a binary star, whose primary is a blue supergiant. These stars show small, rapid fluctuations in brightness, which may be due to iron burning at the stellar core.

That’s all for this week. Keep your eyes on the sky, and we’ll see you next Friday — same bat time, same bat channel.

How to Start a Cassette Collection in the 21st Century