This Week in Space: Farewell and Godspeed to Nichelle Nichols

Yesterday afternoon, a magnetic filament on the sun let go, releasing a partial halo coronal mass ejection (CME) toward Earth. It will arrive Monday, but it will probably be a glancing blow. NOAA gives a 50-50 chance that it’ll cause a mild geomagnetic storm, creating auroras around the Arctic Circle. So far, nobody has forecast any risk for the Artemis launch.

Today’s space weather is much less mild, and changing rapidly. Earlier this morning, SpaceWeather.com reported that “Sunspot AR3089 is crackling with a series of intensifying M-class solar flares. The strongest so far (Aug. 26 @ 1216 UT) registered M7 and caused a shortwave radio blackout over much of Europe and Africa.” NASA’s Solar Dynamics Observatory captured one of these extreme UV flashes, which you can see here: 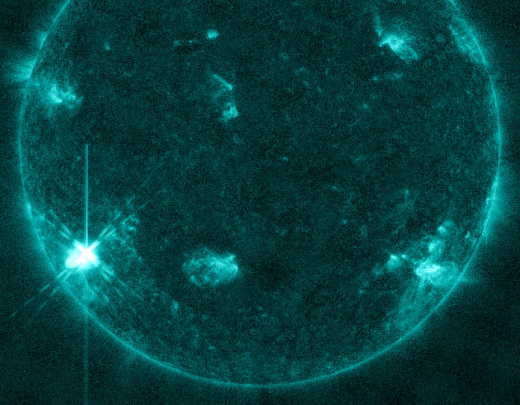 We don’t know yet if AR3089 will come with an associated CME. Meanwhile, the report concludes, “AR3089 appears to be on the verge of producing an X-flare.” More will become clear with new data from SOHO coronagraphs.

The Artemis 1 launch is fast approaching. On Monday, NASA’s long-delayed Space Launch System will take off from Pad 39B at the agency’s Kennedy Space Center in Florida. It’s an uncrewed mission—but the rocket will still have three unique passengers in its Orion capsule.

We’ve previously written about two of them: two female mannequin torsos named Helga and Zohar. Most crash test dummies are male-bodied, so most safety gear is sized for men. Unfortunately, that means that women are disproportionately likely to be injured during a crash or accident. Helga and Zohar will be testing out safety gear and a shiny new radiation protection vest, all sized for women. That on its own is cool enough. But we’re pleased to report that the launch will have a third passenger: a mannequin named Commander Moonikin Campos, who will helm the mission.

The FINAL bracket for the Name the #Artemis Moonikin Challenge is live:

Delos: Nostalgic, romantic. The island where Apollo and Artemis were born, according to Greek myth.

The mannequin Commander’s name is a nod to intrepid NASA electrical engineer Arturo Campos, whose contingency plans helped get the Apollo 13 astronauts safely home. Aboard Orion, the mannequin will be testing out the Orion Crew Survival System, the spacesuits that Artemis astronauts will wear during launch and landing.

Artemis 1 won’t touch down on the moon. Instead, it’s bound for lunar orbit, where the Orion capsule will spend some weeks in orbit before splashing down in the Pacific. NASA is streaming the launch, and the YouTube stream of Pad 39B is already live.

The Cosmic Evolution Early Release Science Survey (CEERS) has released the largest image of the night sky ever — and it’s from the James Webb space telescope. Data for the new starfield comes from Webb’s NIRCam and MIRI instruments. It’s a gorgeous composite shot, and it’s so new that scientists are still poring over it to make their reports.

According to the team, these images cover “near-infrared to mid-infrared wavelengths in the EGS field — a small patch of sky near the handle of the Big Dipper.” The researchers have made ultra-high resolution images available on their Github for anyone who wants to poke around a bit. This release, which the team is calling Epoch 1, covers less than half of the CEERS survey’s total survey area, so more large-scale images should be available in the future once the organization finishes its work.

Speaking of things named 39B, we’ve written before about the exoplanet WASP-39 b. It’s a so-called “Hot Jupiter” — a gas giant roughly the size of Jupiter, that orbits very close to its host star. In fact, WASP-39 b is about 8x closer to its star than Mercury is to the sun, and the planet’s “year” is just four days long. Hot Jupiters appear to be fairly common in the universe and scientists are still unraveling why our own solar system lacks one.

However, the Webb Telescope may have something to say about this. For the first time, the JWST has detected carbon dioxide in the atmosphere of another planet. 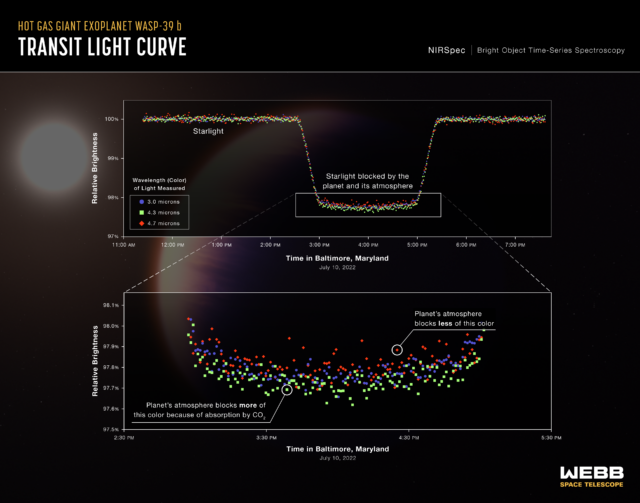 We’ve previously detected atmospheric water vapor, sodium, and potassium, but never picked up CO2 before. So how did we do it this time? We had help from the planet’s orbit, which is “edge-on” with respect to Earth. In a blog post, NASA explains: “Because different gases absorb different combinations of colors, researchers can analyze small differences in brightness of the transmitted light across a spectrum of wavelengths to determine exactly what an atmosphere is made of.”

NASA’s Perseverance rover and its companion space copter, Ingenuity, have been shaking off some of the winter’s dust. This week, NASA announced that the rover found that Jezero Crater’s floor is made up of volcanic rocks that have interacted with water. Two separate scientific papers detail the findings.

“One great value of the igneous rocks we collected is that they will tell us about when the lake was present in Jezero. We know it was there more recently than the igneous crater floor rocks formed,” said Perseverance project scientist Ken Farley of Caltech, the lead author of one of the reports. “This will address some major questions: When was Mars’ climate conducive to lakes and rivers on the planet’s surface, and when did it change to the very cold and dry conditions we see today?”

Nichelle Nichols Will Rest Among the Stars

When the Vulcan Centaur rocket makes its maiden flight later this year, it’ll be carrying some particularly precious cargo. The rocket’s primary mission is to launch Astrobotic Technology’s Peregrine lunar lander, but it will also be carrying the remains of Star Trek star Nichelle Nichols.

On-screen, Nichols is best known for the role of Nyota Uhura on the 1966 television series Star Trek. Nichols originated the part and returned to the character for Star Trek: The Animated Series, the six Star Trek feature films, a Futurama episode, various fan-created projects, and several video games over the past 30 years.

Nichols portrayed the first interracial kiss in US television history with William Shatner. Her role as Uhura inspired Whoopi Goldberg’s portrayal of Guinan, as well as the career of NASA astronaut (and fellow Star Trek actor!) Mae Jemison. Following Nichols’ trailblazing tradition, Jemison herself went on to be the first Black woman in space, as well as the first person to become both an astronaut and a Star Trek actor. 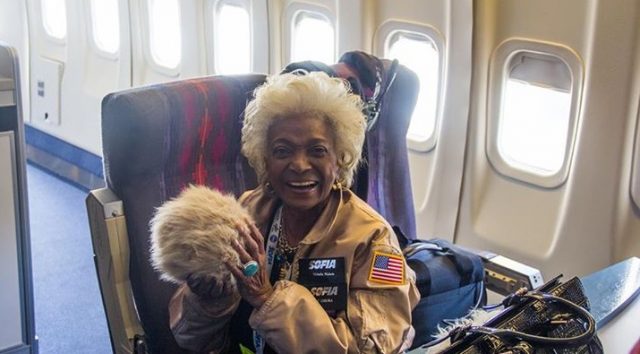 Nichelle Nichols aboard SOFIA, NASA’s flying telescope. As we noted in 2015: The observant reader may notice in the image below that Lt. Uhura was apparently accompanied by several Tribbles, which leaves some questions as to the ultimate fate of the aircraft. Image: NASA/Nichelle Nichols

Off-screen, Nichols worked with NASA for years to recruit a diverse group of astronauts, including Sally Ride and Charles Bolden. Even late in life, Nichols remained an enthusiastic advocate for space exploration and astronomy. She flew a dual science and outreach mission aboard SOFIA, NASA’s flying telescope, in 2015. And now, part of her will rest forever in starlight. Farewell to an icon.

As August draws to a close, why not try a little stargazing? At this time of the year, the constellation Cygnus is a beautiful telescope target. Plus, this weekend is the new moon. Skywatchers won’t have to deal with quite as much moonlight.

NASA skywatching expert Preston Dyches explains that Cygnus, the swan, flies high in the eastern sky after dark. Cygnus has an overall shape like a T or cross, and contains a star pattern sometimes called “the Northern Cross.” 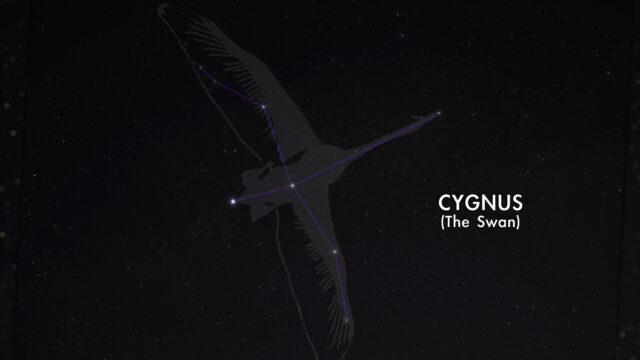 The constellation Cygnus represents a graceful swan soaring across the dusty lanes of the Milky Way. Credit: NASA/Preston Dyches

Cygnus is anchored by its brightest star, Deneb, which represents the swan’s tail. Brilliant Deneb is the northernmost of the three stars in the Summer Triangle, and it’s visible even through light pollution. If Deneb is the tail, double star Albireo is its beak. Albireo is great for stargazing, as it shows beautiful blue and gold colors through even the most modest telescope. 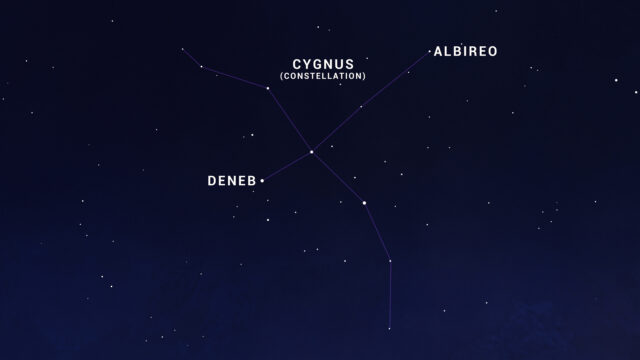 Look for brilliant Deneb as the northernmost of the three bright stars that form the Summer Triangle. Credit: NASA/JPL-Caltech

Cygnus lies right along the plane of the Milky Way, so it’s dense with glittering stars, dark dust clouds, plus unique features including the North America Nebula, the Veil Nebula, and the Blinking Planetary Nebula.

That’s all for this week, folks. We’ll be watching the Artemis launch livestream right along with you on Monday. See you soon!

Can Starbucks partner use their discount anywhere?

How do I manipulate location services on my iPhone?