Qualcomm announced its next flagship mobile processor just a few days ago, and Vivo is wasting no time while the new chip is still top of mind. The Chinese smartphone giant has announced the new X90 Pro Plus, the first smartphone to ship with the Snapdragon 8 Gen 2. It will go on sale in the coming days, but sadly, only in the Chinese market for the time being.

Vivo actually unveiled three versions of the X90, but the X90 and X90 Pro rely on the similar MediaTek Dimensity 9200 chip. Only the Pro Plus gets the latest silicon from Qualcomm, but that’s not all that sets the X90 Pro Plus apart. It also sports an enormous quad-camera array, anchored by the Sony IMX989, a 1-inch camera sensor that promises unparalleled light sensitivity. It has a 2x telephoto, a 3.5x periscope telephoto, and an ultrawide sensor. The phone isn’t shy about showing off all that camera hardware in the bulbous camera bump that dominates the back.

The rest of the specs are equally impressive. The X90 Pro Plus has a 6.78-inch 1440 x 3200 OLED that supports 120Hz refresh and 1,800 nits of peak brightness. That’s even brighter than the Samsung Galaxy S22 Ultra’s display. The X90 Pro Plus also has 12GB of RAM and 256GB of the latest UFS 4.0 storage. The only possible hardware shortcoming is the battery, which rates at just 4,700mAh. That’s a bit on the small side for a device with such a big display and the most powerful mobile processor on the market. Qualcomm claims the Snapdragon 8 Gen 2 is more efficient than its predecessor, but no one has used it in a retail device yet.

Qualcomm announced the Snapdragon 8 Gen 2 at its Snapdragon Summit last week, with the usual laundry list of performance and efficiency uplifts. The new chip has eight CPU cores, including the new Cortex-X3 “Prime Core.” There are also four high-power CPU cores, split evenly between the Cortex-A710 and A715. The older A710s ensure the chip will have powerful native support for 32-bit apps, which are still common in China. There are also three efficiency cores (Cortex-A510) that also run 32-bit apps. 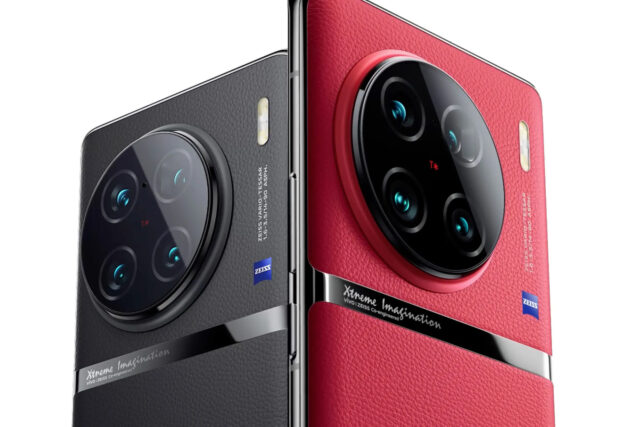 The Snapdragon 8 Gen 2 also features an improved Adreno 740 GPU with support for the latest Vulkan 1.3 API and hardware ray tracing. The chip has Wi-Fi 7 support, but the X90 Pro Plus doesn’t implement that.

Vivo will start taking pre-orders for the X90 and X90 Pro today, and the X90 Pro Plus will follow on Nov. 30. All the phones will ship on Dec. 6 in China. There’s no news on an international launch, but you won’t have to wait long to get a Snapdragon 8 Gen 2 device in the US. Motorola, Samsung, and others are expected to announce flagship devices with the chip in late 2022 and early 2023.

European Parliament declares Russia a terrorism sponsor, then its site goes down

4 Best Video Doorbell Cameras (2022): Smart, Wireless, and a Word About Eufy and Ring