This site may earn affiliate commissions from the links on this page. Terms of use.
(Image: Windows)
A few too many iCloud for Windows users are reporting an odd issue with their cloud-based photo storage: They’re receiving pictures of random strangers’ families. Over the last week, several users have posted to the MacRumors Forums complaining of eerie situations in which their photos have been swapped for someone else’s.

The debacle started Thursday, when a user posted to the iCloud forum that their videos had been corrupted and were displaying black screens with scan lines. On some occasions, videos reportedly swapped in stills from outside of the user’s own iCloud account. “I’ve been shown photos of other people’s families I’ve never seen in my life, soccer games, and other random photos,” the user wrote. “Obviously this is extremely concerning and does not exactly make me feel safe using iCloud.”

The user said they’d been able to replicate the issue on three total PCs, two of which ran Windows 11 Pro while the other used Windows 10 Pro. Within just a few days, other users commented on the post to report similar issues. Their original photos—the ones they intended to view on iCloud for Windows—had been taken with iPhone 13 Pro and iPhone 14 Pro models and were similarly missing. In their place were photos of other people’s children, as well as of other innocuous things. 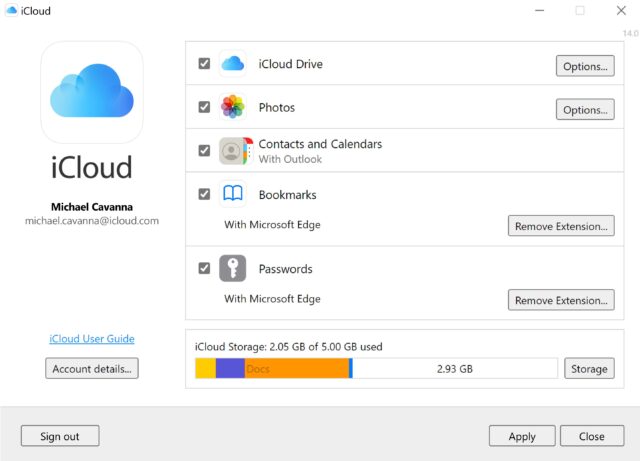 In a movie, this would be a big, masterful prank. But this is real life, and users are concerned for their security and their families’. An innocent family photo or a snapshot of last night’s dinner isn’t going to change your life by ending up on someone else’s screen, but the implications of iCloud for Windows allegedly redistributing users’ files are massive. It only takes one misplaced private photo to threaten someone’s personal or professional life; if this security blunder is in fact real, Apple might be facing a nasty lawsuit in the coming months.

That could especially be the case given Apple’s reported response to users’ concerns. A few people who shared their iCloud for Windows woes on MacRumors said they attempted to reach out to Apple but were quickly dismissed. For a company so insistent that its security is superior to competitors’, that doesn’t bode well.

What we’re thankful for in tech in 2022 – GeekWire

What we're thankful for in tech in 2022 – GeekWire

What animal poops out of mouth?