This site may earn affiliate commissions from the links on this page. Terms of use.
(Photo: PCMag)
Deciding on which thermal paste pattern to use is one of the longest-running debates in the PC-building world. Some prefer a dot, an “x,” or even a straight line (aka sausage). It’s a bit of a mysterious process because we never know how the paste has spread once we strap the cooler down. The only way to find out is to look at our temperatures. Now  TikTok account @mryeester is taking it further by testing a variety of bizarre paste patterns—including the logos of popular gaming companies. You can also see what the spread is like as he presses down on it with a piece of glass.

The video reveals some surprising results for unconventional patterns. It’s probably the first TikTok account we’ve enjoyed watching, as we’re proud members of the “get off my lawn” age group.

The corporate brands he tested as paste patterns include Discord, the Half-Life Lambda symbol, and even an Intel logo on an AMD CPU (the horror). He even tested a 3D pattern (see below), so clearly he is taking the piss with some of them, as they say. Despite the silliness, some of them actually delivered good paste coverage. For example, the Discord logo ended up covering the entirety of the heat spreader despite having two holes in the center of it. Valve’s Half-Life logo also fared surprisingly well, as did the Xbox logo. Unfortunately, since this is TikTok, the videos are short and just show the spread. They don’t include any before-and-after temperature tests. Still, it’s interesting to see the spread patterns.

Thermal paste experiments seem to be a recurring topic on this creator’s channel. He also has videos using tomatoes, maple syrup, and mayonnaise as thermal interface material (TIM). This makes us think he has a lot of dead CPUs and motherboards laying around. In addition to the silly takes, he also tests standard patterns like circle versus square and a perimeter pattern test. As expected, the latter method left the center of the heat spreader devoid of paste. The account was first highlighted by PCGamer. 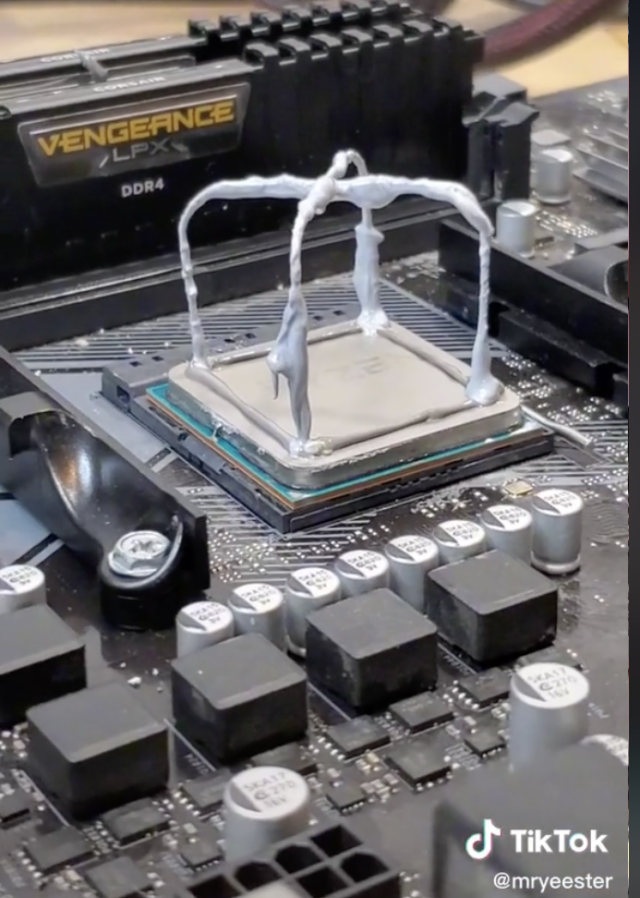 This topic was somewhat settled for many years. However, that was back when Intel and AMD offered similarly-shaped CPUs. It has seemingly ignited once again now that the companies are offering CPUs with drastically different shapes. Intel’s LGA 1700 chips are elongated in a way that has caused people to rethink their paste strategy. Plus, there were scattered reports of sockets warping due to Intel’s design. The company has acknowledged the situation but says it’s nothing to worry about.

AMD’s new chips have cutouts along the edges as well as a very thick heat spreader. These chips also run very hot — up to 95C — by design. This has caused people to experiment with both delidding and grinding the IHS down to reduce temps.

How to Get Ready for College Exams?

Where is Charlie Duff from?

Is Starbucks an easy place to work at?